From Berlin to Potsdam

If you arrive by plane in Berlin at BER Terminal 1-2, there are various options for the onward journey to Potsdam. The fastest connection is with the regional train RB22 (heading in the direction S Griebnitzsee) from platform 4, which will take you to Potsdam main station (Hauptbahnhof) in 55 minutes. A single ticket in the VBB tariff costs 3.50€ (Berlin-BC ticket). The train station at the airport is directly below Terminal 1 in level U2. In addition, there is a direct express bus connection from the airport to Potsdam Hauptbahnhof with bus line BER2 departing at bus platform A2. Since comfort coaches are used for the route, there is a comfort surcharge of 6€, in addition to the VBB fare.

If you arrive at BER Terminal 5, you can either take the above-mentioned express bus BER2 to Potsdam Hauptbahnhof or change to Terminal 1-2 with the S-Bahn lines S45 or S9 or bus lines X7 or X71 in less than 10 minutes to use the above-mentioned connections. The BER2 departs in front of the Terminal 5 station building, travel time is 52 minutes. 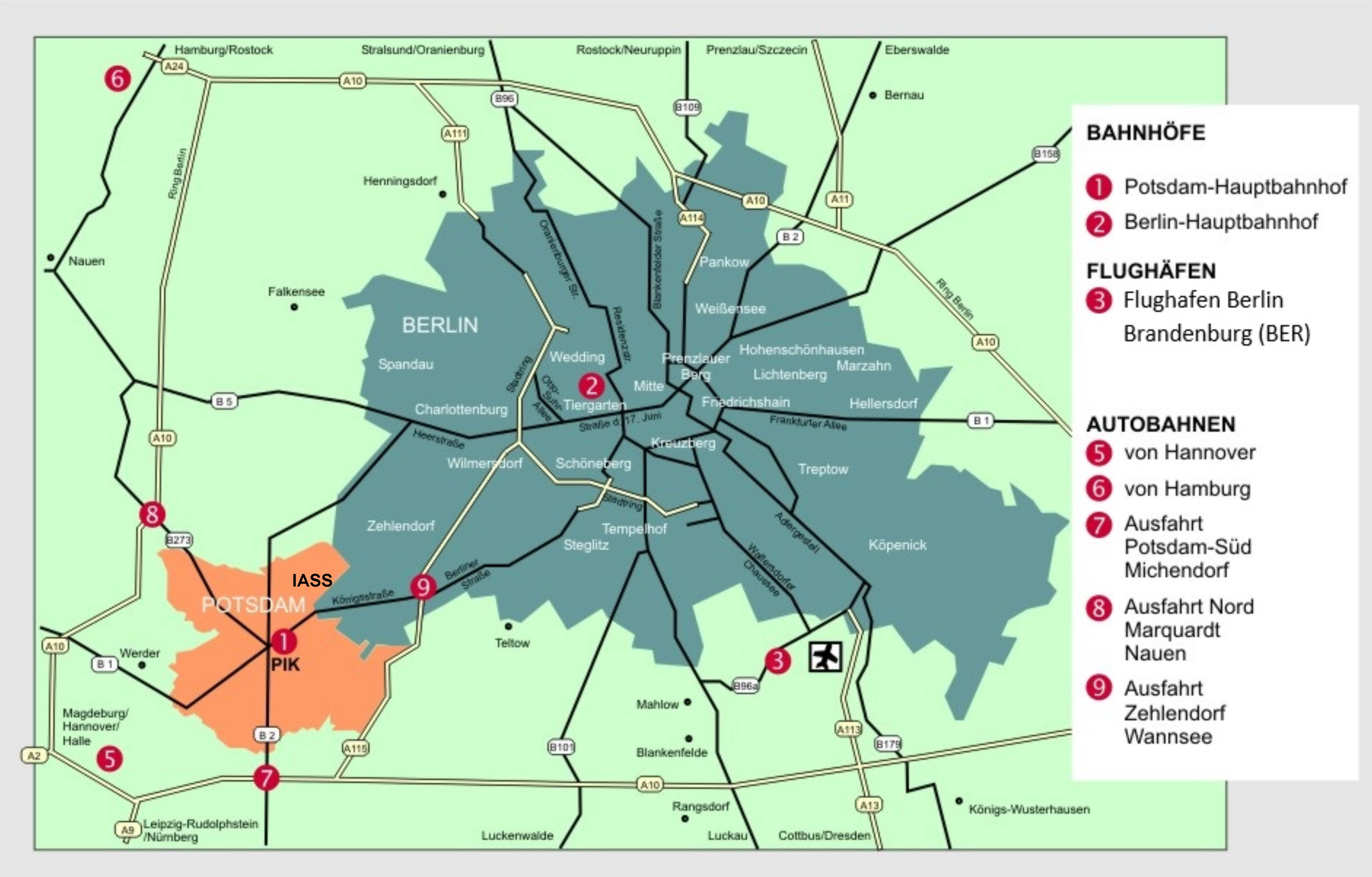 On arrival by train at the Berlin main station take the regional train (RE-train) departing from platform 13 or the S-Bahn (S7), platform 16, both located on the upper floor, in order to go to Potsdam. The S-Bahn stops more often but leaves more frequently.

Most buses and trains run at intervals of 10 to 20 minutes depending on the time of the day. - If arriving late, you might want to check the time tables beforehand at:

From Potsdam main Station to IASS (and Restaurant Il Teatro) 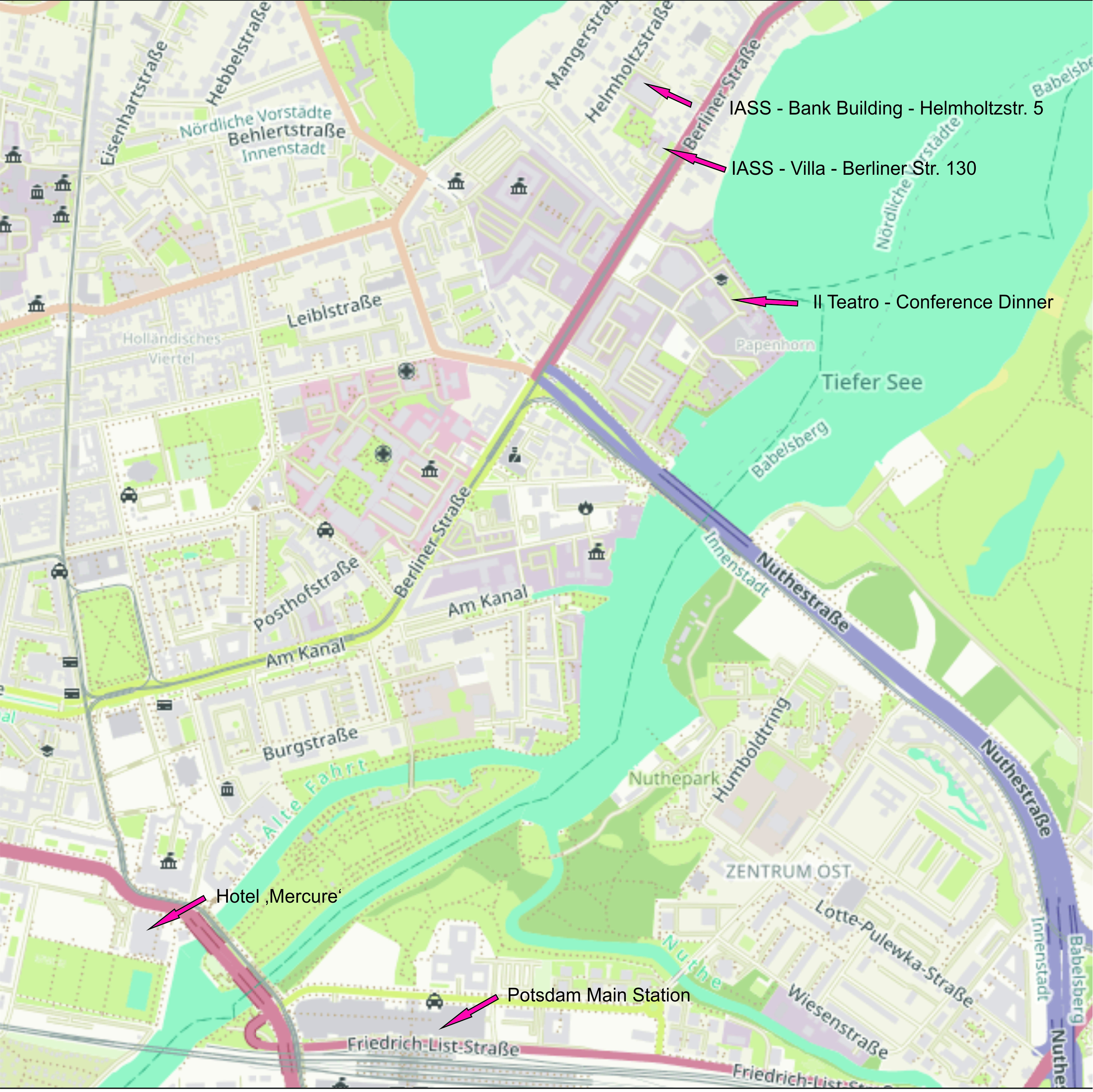 Copyright OpenStreetMap and co-producers, under an open license (https://openstreetmap.org), own additions.

Once you arrive at the Potsdam main railway station, take the exit 'Lange Bruecke', cross the street at the tram stop, turn to the right and walk along the bridge, from there you will already see the hotel.

Welcome to the conference